The question by parents and learner’s a like over the fate of none candidate class school goers should Government fail to reopen schools could soon find an answer as plans to okay an automatic qualification into get up for consideration.

In the President’s Covid19 address to the nation, Museveni okayed the opening of educational institutions though only to the candidates classes in Primary and secondary schools, while those in their final year of study in Higher institutions of learning were also to be considered in this category.

The President who expressly stressed doubt over government’s capability to handle a double bunch of learner’s should schools fail to open and call for a dead year however failed to clearly address the fate of the learners who wouldn’t go back to school this year, throwing both the learners and their parents in utter confusion.

In response to the confusion, Hon John Crysistom Muyingo told Daily Monitor after the meeting with the members of the Education Committee in Parliament that they were considering allowing the learners to proceed to the next class as a way of creating confusion in the system.

The Minister however emphasised that this would only be effected with regard to how much the individual learner will have gained through the government’s home based learning which has been going on through radios and Televisions. 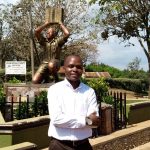