OPEC+ agreed to the largest oil production cuts in history on Thursday, but oil prices crashed towards $20 as markets decided that a 10 million bpd cut was insufficient to balance the demand deficit. Today, the G20 will meet to discuss more cuts and more details will likely come out about the OPEC+ deal. Markets are closed today and so all eyes will be on developments over the weekend.OPEC+ strike 10 mb/d deal, oil prices fall. OPEC+ agreed to joint cuts on the order of 10 mb/d, a historic agreement. The deal calls for both Saudi Arabia and Russia capping production at 8.5 mb/d for May and June, after which cuts would ease in phases – down to 8 mb/d and then to 6 mb/d of cuts. The deal was not received well by the markets, which sold off WTI and Brent over fears that the reductions are inadequate. “The supply and demand fundamentals are horrifying,” said OPEC Secretary-General Mohammed Barkindo.

G20 meets to chip in. OPEC+ is also looking for help from other non-OPEC countries in the G20. Mexico temporarily held up the OPEC+ deal because it does not want to cut. At the time of this writing, Mexico’s president said that he spoke with President Trump, who promised to contribute to the cuts on Mexico’s behalf. “First they asked us for 400,000, then 350,000” Mexico’s President Lopez Obrador said. Mexico was only able to cut by 100,000 barrels a day, and Trump “very generously expressed to me that they were going to help us with an additional 250,000 to what they are going to contribute. I thank him.”

Demand loss at 20-30 mb/d. The OPEC+ deal is historically large, but still insufficient to plug a 20 to 30 mb/d decline in demand. Inventories are set to rise in the coming months. “The proposed 10 million bpd cut by OPEC+ for May and June will keep the world from physically testing the limits of storage capacity and save prices from falling into a deep abyss, but it will still not restore the desired market balance,” Rystad Energy said.

Analysts say cuts are too little, too late. Other analysts also said the risk is to the downside. “These cuts are not enough to prevent massive stockbuilds in May, let alone April,” JBC Energy wrote in a note. Oil prices could fall back despite the cuts.

Flood of Saudi oil heading to U.S. Saudi Arabia is sending “a flood” of oil to the U.S. Gulf Coast, according to Bloomberg, with an estimated 14 million barrels enroute, compared to just 2 million barrels a month ago.

IMF: Global economy hit worst since 1930s. The IMF said that just about all countries could see falling living standards this year, the first time that has occurred since the 1930s. “Today we are confronted with a crisis like no other,” the head of the IMF, Kristalina Georgieva, said. 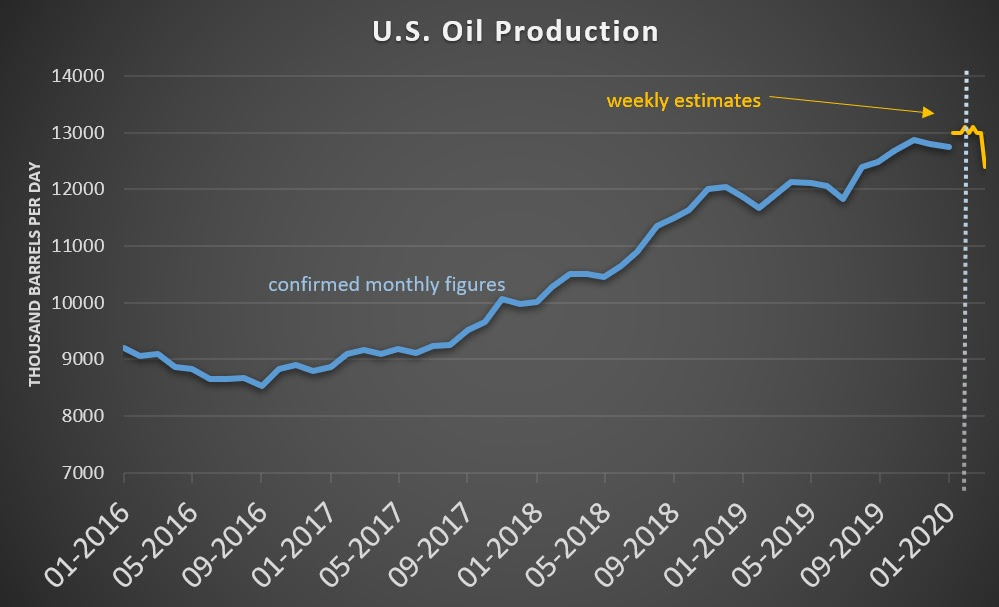 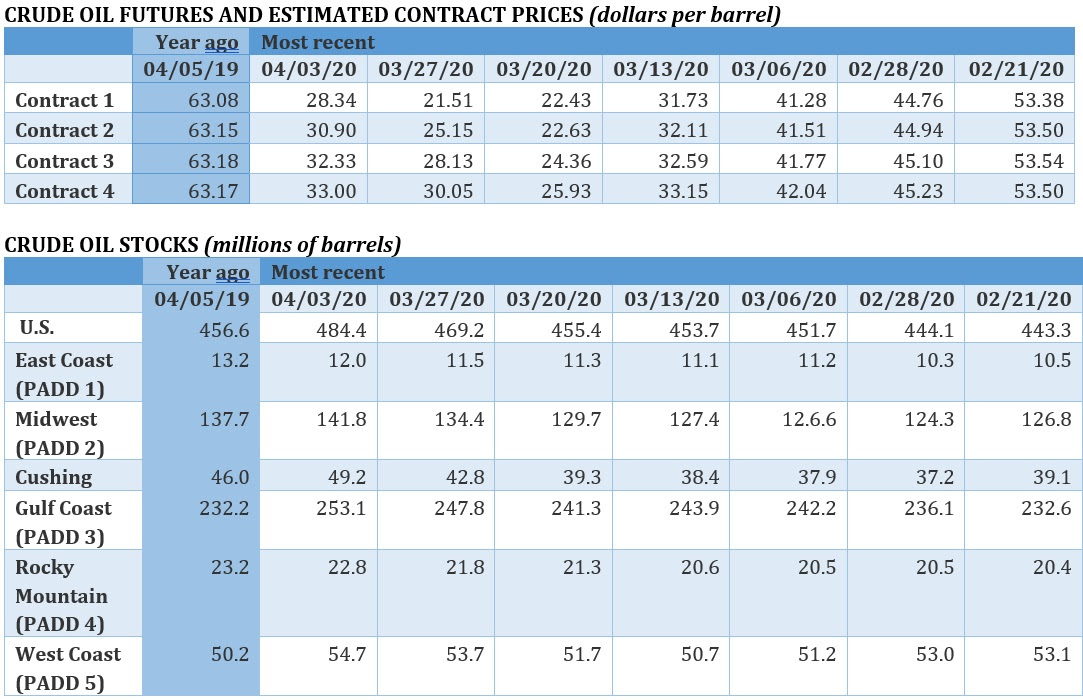 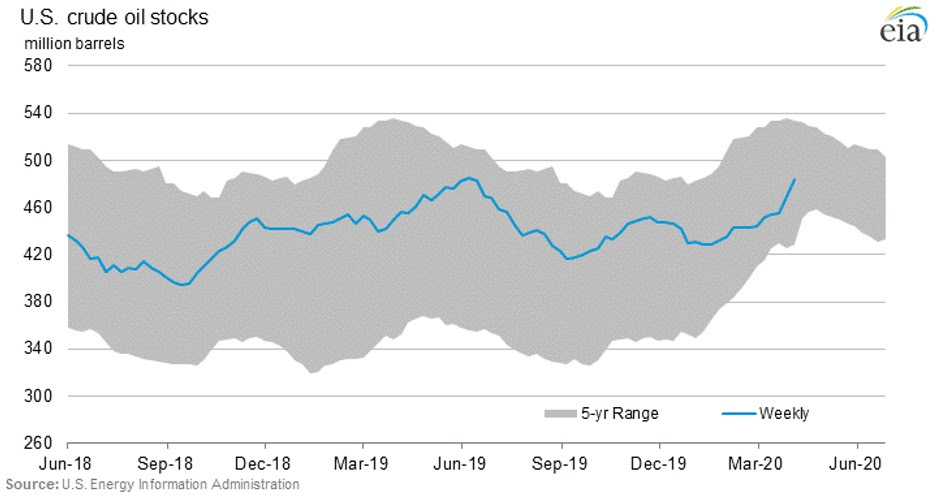 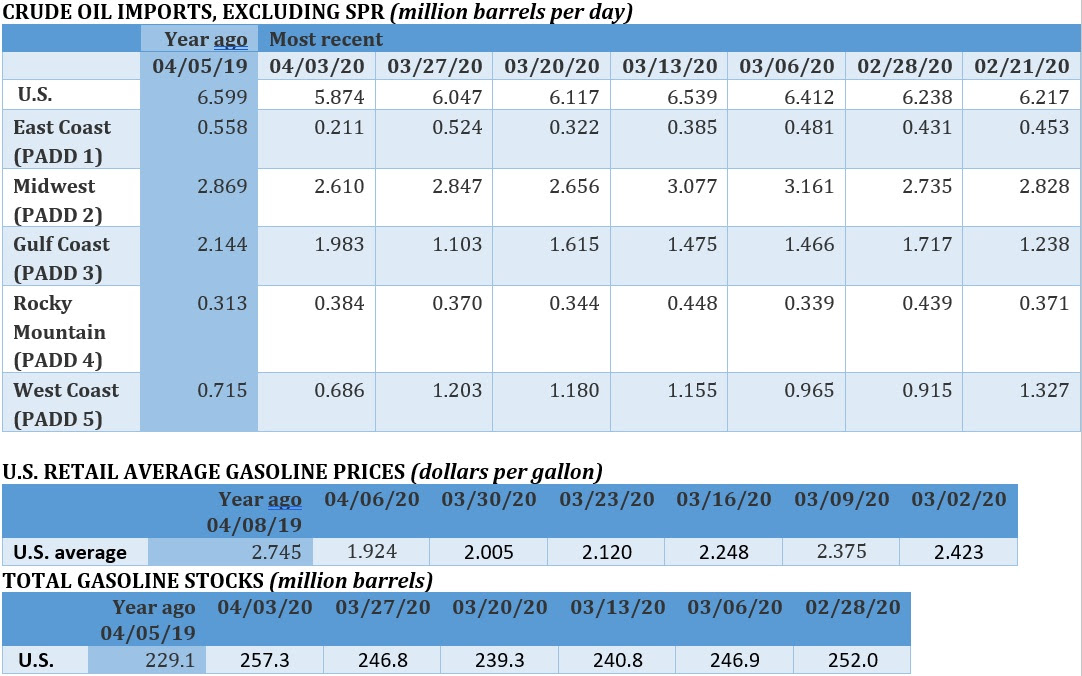 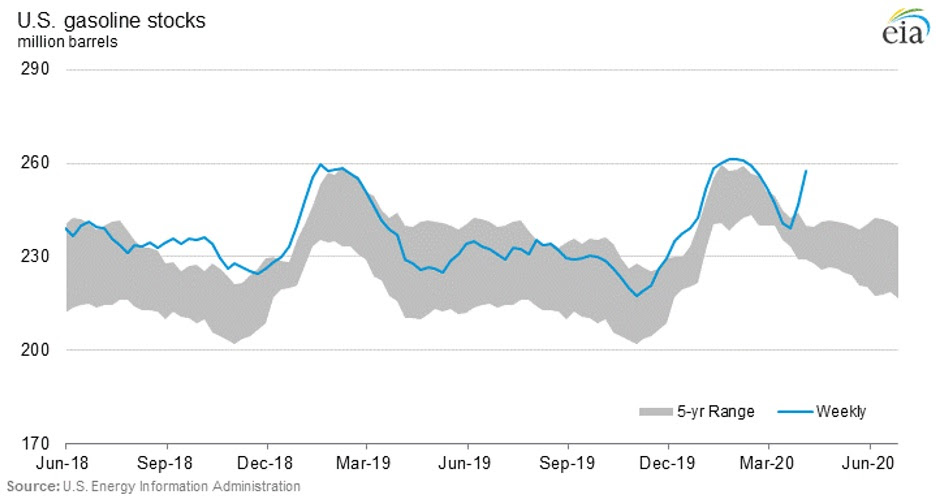 Banks to seize shale assets. Big U.S. lenders to shale drillers could seize energy assets in order to avoid losses from forthcoming bankruptcies, according to Reuters. JPMorgan, Wells Fargo, Bank of America and Citigroup are setting up companies to own oil and gas assets. The shale industry owes more than $200 billion in debt. “Banks can now believably wield the threat that they will foreclose on the company and its properties if they don’t pay their loan back,” Buddy Clark, a restructuring partner at law firm Haynes and Boone, told Reuters.

Coronavirus could kill fracking “fever dream.” The U.S. shale industry has never demonstrated profitability and has been built on a decade of cheap capital. “The dream was always an illusion,” Bethany McLean writes in the New York Times. “All that’s left to tally is the damage.”

Concho Resources shutting down Permian output. Concho Resources (NYSE: CXO) said that it is already curtailing production in the Permian. “Concho, as well as other operators in the Permian Basin, have begun shutting in uneconomic production in rapid response to the recent market shift,” the company said in a letter to the Texas Railroad Commission.

We use cookies on our website to give you the most relevant experience by remembering your preferences and repeat visits. By clicking “Accept”, you consent to the use of ALL the cookies.
Do not sell my personal information.
Cookie settingsACCEPT
Manage consent

This website uses cookies to improve your experience while you navigate through the website. Out of these, the cookies that are categorized as necessary are stored on your browser as they are essential for the working of basic functionalities of the website. We also use third-party cookies that help us analyze and understand how you use this website. These cookies will be stored in your browser only with your consent. You also have the option to opt-out of these cookies. But opting out of some of these cookies may affect your browsing experience.
Necessary Always Enabled
Necessary cookies are absolutely essential for the website to function properly. These cookies ensure basic functionalities and security features of the website, anonymously.
Functional
Functional cookies help to perform certain functionalities like sharing the content of the website on social media platforms, collect feedbacks, and other third-party features.
Performance
Performance cookies are used to understand and analyze the key performance indexes of the website which helps in delivering a better user experience for the visitors.
Analytics
Analytical cookies are used to understand how visitors interact with the website. These cookies help provide information on metrics the number of visitors, bounce rate, traffic source, etc.
Advertisement
Advertisement cookies are used to provide visitors with relevant ads and marketing campaigns. These cookies track visitors across websites and collect information to provide customized ads.
Others
Other uncategorized cookies are those that are being analyzed and have not been classified into a category as yet.
SAVE & ACCEPT